End of Summer in Evansville: What To Do

Just because summer is nearly over doesn’t mean there aren’t still some fun things to do in Evansville. Baylor Heating & Air Conditioning, Inc. takes a loot at the end of summer in Evansville.

Experience the South American rainforest in a climate-controlled 75 degrees year- round. From the tree top canopy to the river basin, natural animals and plants of the region surround you. Monkeys, birds, and capybara roam freely. Open 365 days a year, Amazonia is located inside Mesker Park Zoo through the entrance on Mesker Park Drive.

Angel Mounds State Historic Site is nationally recognized as one of the best-preserved prehistoric Native American sites in the United States. Featuring a model museum that recreates the lives of these indigenous people, Angel Mounds tells the story of the people of the Middle Mississippian culture who inhabited this area from 1000 to 1450 A.D. Twelve earthen mounds, built for ceremonial and residential purposes, are scattered throughout grounds that encompass nearly 100 acres. Trails lead through the grounds for biking and hiking. In the fall, the maze is a popular attraction for families.

Home to the Evansville Otters of the Independent Frontier League, Bosse Field opened in 1915 and was the first municipally owned sports facility in the United States. Only Boston’s Fenway Park (1912) and Chicago’s Wrigley Field (1914) are older than Evansville’s Bosse Field. It is the site for the filming of “A League of Their Own” in 1992.

The Koch Family Children’s Museum has been the favorite interactive learning zone in Evansville for almost 10 years! Housed in a historic building on 5th street Downtown, “cMoe” features three floors of permanent and traveling exhibits geared towards play-based learning. 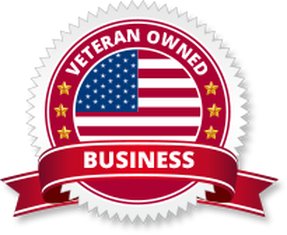